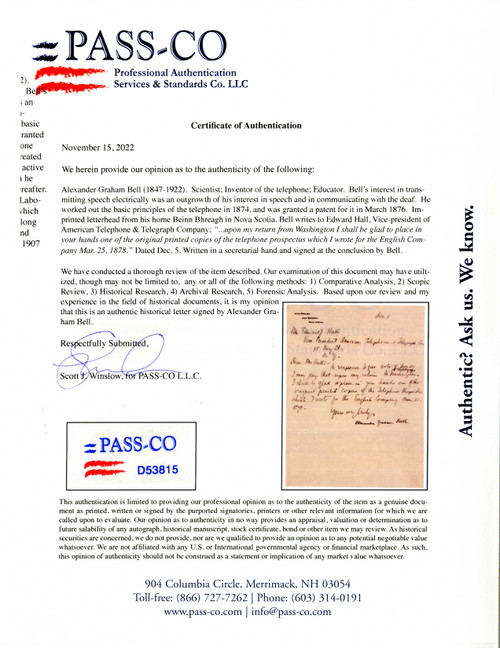 Alexander Graham Bell (1847-1922).  Scientist; Inventor of the telephone; Educator.  Bell’s interest in transmitting speech electrically was an outgrowth of his interest in speech and in communicating with the deaf.  He worked out the basic principles of the telephone in 1874, and was granted a patent for it in March 1876.  Imprinted letterhead from his home Beinn Bhreagh in Nova Scotia. Bell writes to Edward Hall, Vice-president of American Telephone & Telegraph Company; “...upon my return from Washington I shall be glad to place in your hands one of the original printed copies of the telephone prospectus which I wrote for the English Company Mar. 25, 1878.” Dated Dec. 5. Written in a secretarial hand and signed at the conclusion by Bell.