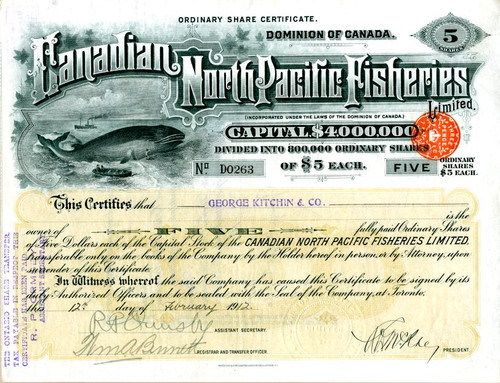 Beautifully engraved certificate from the Canadian North Pacific Fisheries issued in 1912. This historic document has an ornate border with a incredible vignette of men catching a whale. This item has the signatures of the Company's President, Alexander Duncan McRae and Transfer Officer, and is over 103 years old. Excellent condition. 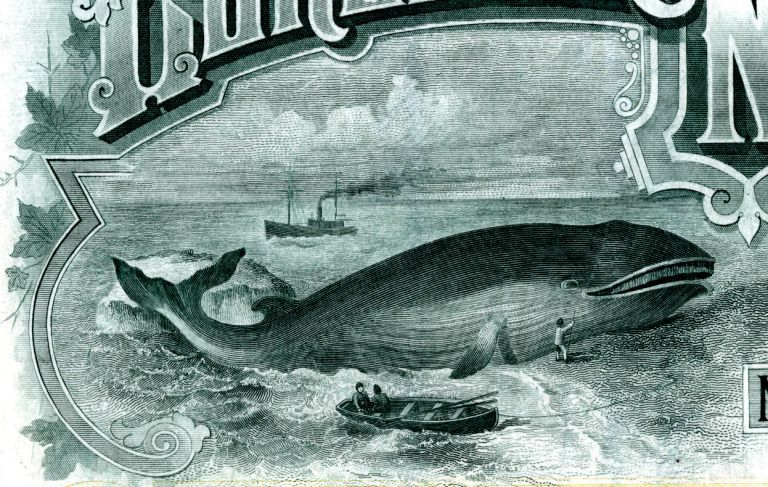