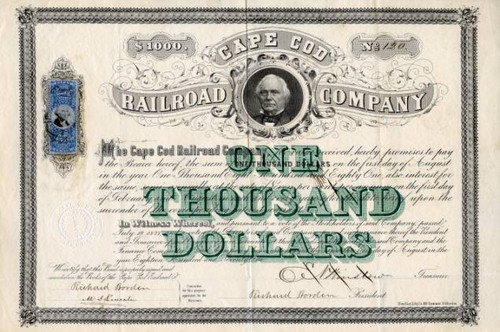 Beautifully engraved $1,000 Bond Certificate from the Cape Cod Railroad Company issued in 1871. This historic document has an ornate border around it with a vignette of Richard Borden. and has a Civil War era IRS stamp affixed to it. This item is hand signed by the Company's President (Richard Borden) and its Treasurer (E. N. Winslow) and is over 139 years old. It is also signed by Committee Members, Richard Borden and W.S. Lincoln.