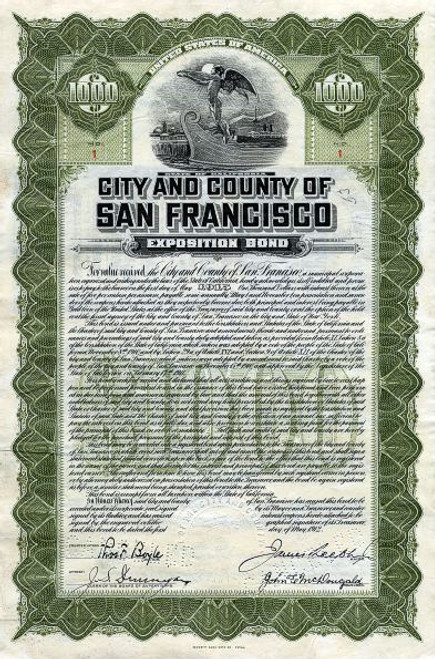 Beautiful certificate #1 from the City and County of San Francisco issued in 1912. This historic document was printed by the Security Banknote Company and has an ornate border around it with a vignette of an angelic man standing with his arms outstretched on a boat basking in the moonlight. This item has the signatures of the City's Mayor, James Rolph and Treasurer, John E. McDougald and is over 87 years old. 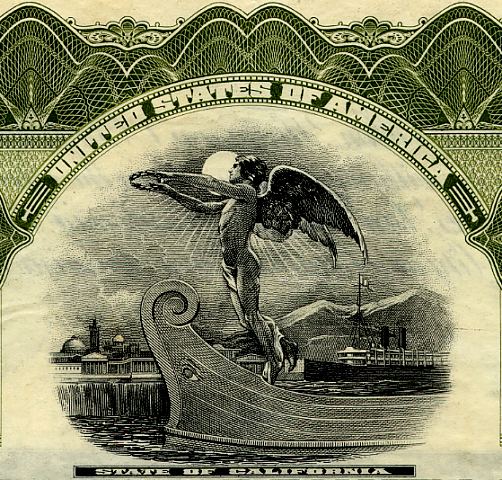