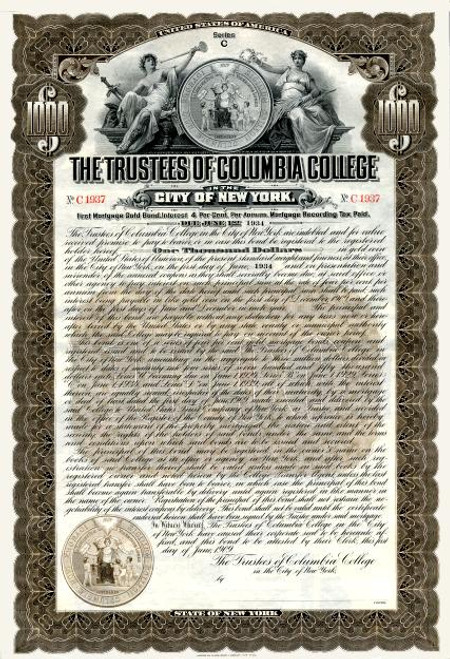 Beautifully engraved unissued $1000 Gold Bond from the Trustees of Columbia College (Columbia University) Trustees of Columbia College printed in 1909. This historic document was printed by American Bank Note Company and has an ornate border around it with a vignette of the college seal surronded by two women. This item is over 97 years old and has 50 coupons attached. This is the first time we have had this for sale. 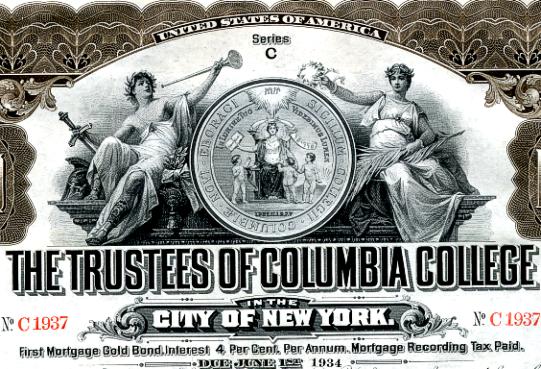