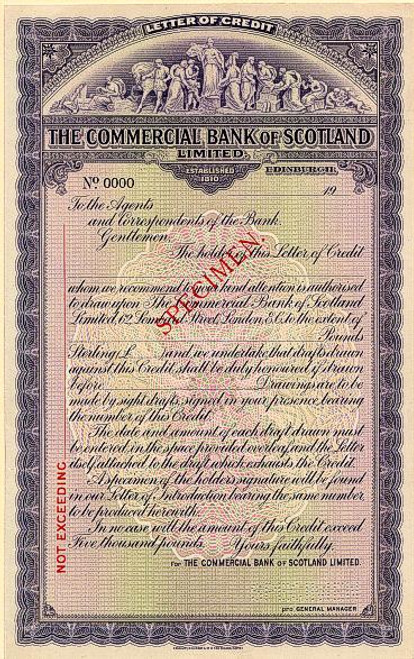 Beautiful engraved Specimen Letter of Credit Certificates from the Commercial Bank of Scotland Limited . This historic document was printed by Bradbury, Wilkinson and Company and has an ornate border around it with a vignette of a group of allegorical people. (2 documents) 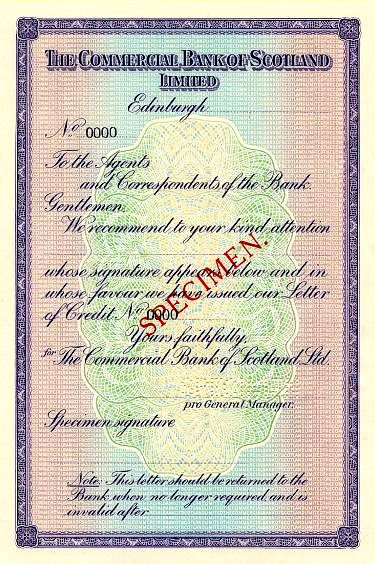