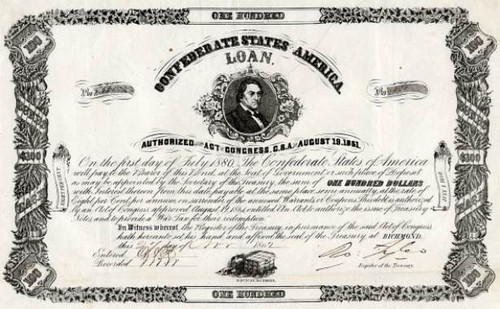 Beautifully printed certificate from the Confederate States of America dated 1863. This historic document has an ornate border around it with a vignette of R. M. T. Hunter. This item is hand signed by the Company's Register of the Treasury ( Robert Tyler ) and is over 142 years old. Robert Tyler was the son of John Tyler who was the 10th President of the United States from April 6, 1841 to March 3, 1845. There were 1,401 of these certificates issued. 31 coupons not shown in scan attached at bottom. VF Condition. 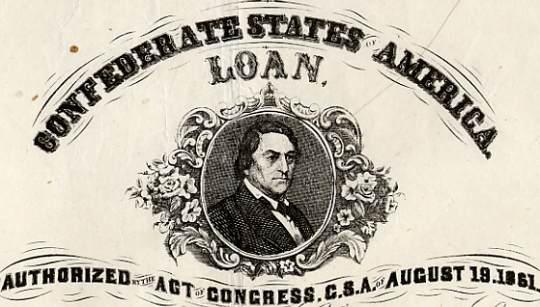 Robert Mercer Taliaferro Hunter (18091887) served as a congressman, speaker of the U.S. House of Representatives, U.S. senator, Confederate secretary of state, and Confederate senator from Virginia, in which capacity he was sent as a delegate to the Hampton Roads Peace Conference in February 1865. A supporter of John C. Calhoun, whose presidential campaign he organized, Hunter was regarded as one of the most effective spokesmen of the southern position in the years before the Civil War and, with Jefferson Davis and Robert A. Toombs, is considered one of the "Southern Triumvirate."