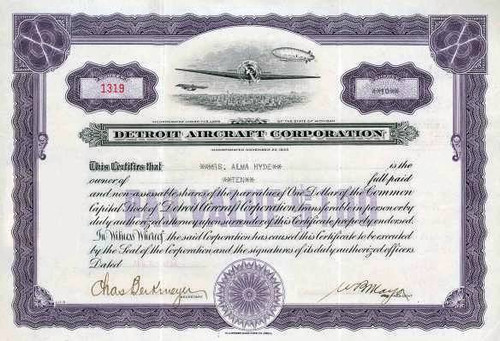 Beautifully engraved Certificate from the Detroit Aircraft Corporation issued in 1943. This historic document was printed by the Wright Banknote Company and has an ornate border around it with a vignette of an airplane and a blimp. This item has the signature of the company's President, William Benson Mayo and Secretary, Chas. Berkmeyer and is over 69 years old. William Benson Mayo (7 January 1866 - 1 February 1944) was also the chief power engineer for the Ford Motor Company.