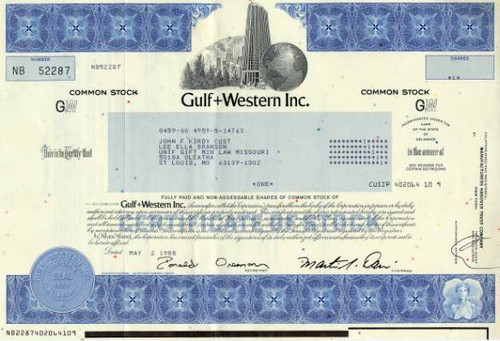 Beautifully engraved certificate from Gulf and Western Inc. issued in 1988. This historic document was printed by the Security-Columbian Banknote Company and has a vignette of a tall building towering a city, a forest and a globe. This item has the printed signatures of the Company's Chairman ( Martin S. Davis ) and Secretary and is over 15 years old. The certificate is uncancelled and was folded for storage. 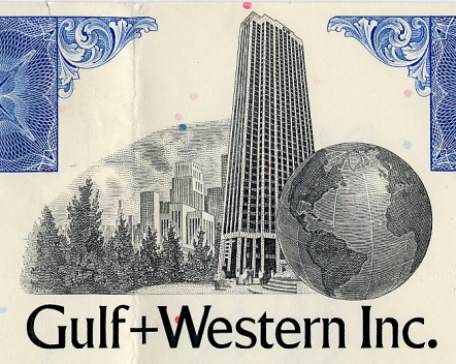 Certificate Vignette
Gulf and Western Industries was an American conglomerate whose legal successor is Viacom. Martin S. Davis, who had come up through Paramount Pictures, as the new Chief Executive Officer. Davis slimmed down the company's wilder diversifications and focussed it on communications and in 1989 changed the name to Paramount Communications. It was under this name that the company was taken over by Viacom.