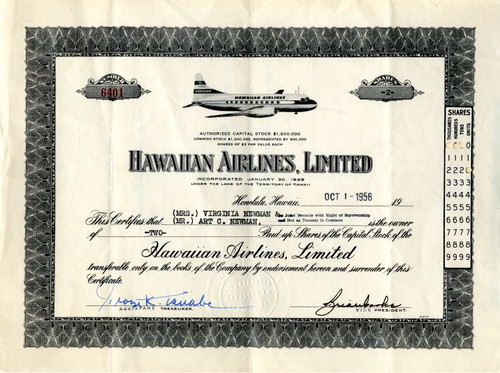 Beautiful uncancelled RARE stock certificate from Hawaiian Airlines, Limited issued in 1956. This historic document has an ornate border around it with a vignette of the company's DC 3 prop aircraft used in the 1950's. This item has been hand signed and is over 59 years old. This is the first time we have seen this early certificate. 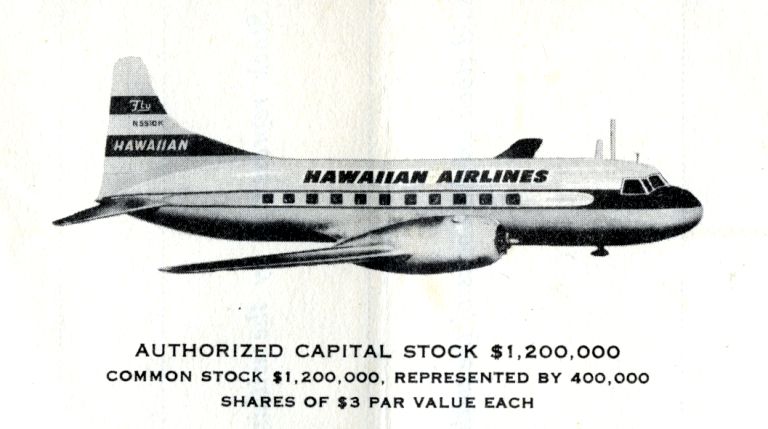