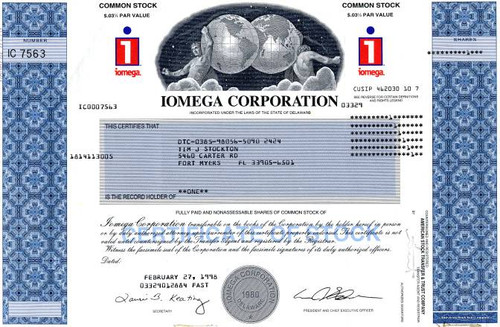 Beautifully engraved certificate from the Iomega Corporation issued in 1998. This historic document was printed by the American Banknote Company and has an ornate border around it with a vignette of Atlas with the Earth on his shoulders. This item has the printed signatures of the Company's President and Chief Executive Officer, and Secretary, and is over 13 years old. 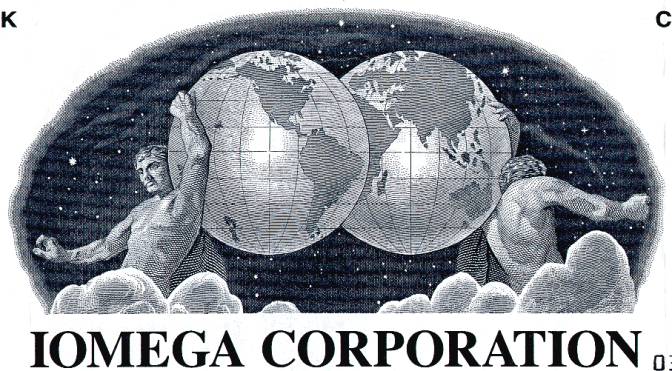 Certificate Vignette
Iomega is a producer of consumer external, portable and networking storage hardware. Established in the 1980s, Iomega has sold more than 410 million digital storage drives and disks. Purchased by EMC in June 2008, Iomega has become the SOHO/SMB arm of the world's largest storage company. The acquisition was completed in June 2008. History from Wikipedia and OldCompany.com (old stock certificate research service)