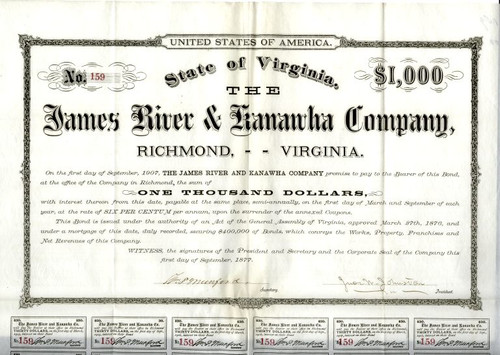 Beautiful uncancelled $1000 bond certificate from the James River and Kanawha Company issued in 1877. This historic document has the company's name in fancy print on top center. This item has the signatures of the Company's President, John W. Johnson and Secretary, WM. P. Munford. 55 coupons attached on bottom. 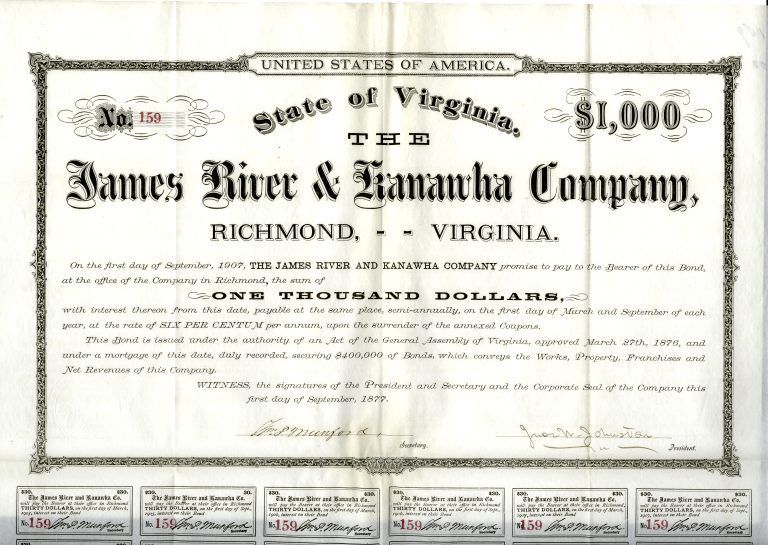