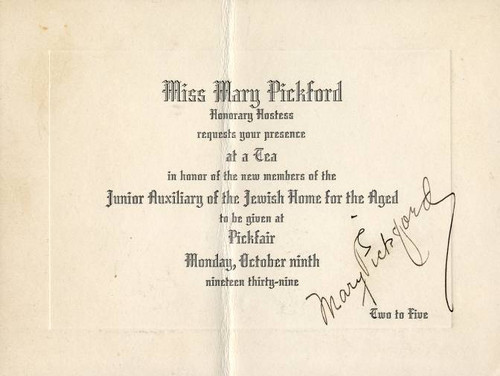 Original invitation from the Junior Auxiliary of the Jewish Home for the Aged for Miss Mary Pickford issued in 1939. This historic document has ornate print, has the original signature of Miss Mary Pickford and is over 74 years old. 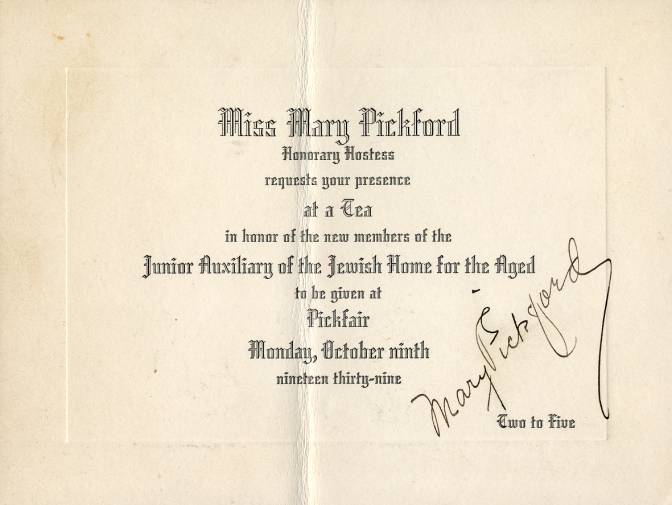