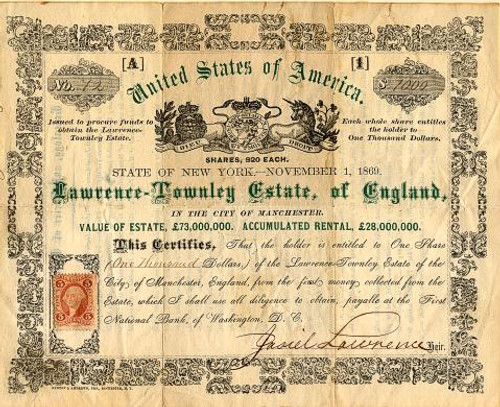 Beautiful certificate #72 for $1,000 from the Lawrence -Townley Estate of England issued in 1869. This historic document was printed by Benton and Andrews, Rochester, N.Y. and has an ornate border around it with a vignette of a lion and unicorn. This item is hand signed Jasiel Lawrence as the heir and is over 140 years old. This is the first time we have had this certificate for sale.