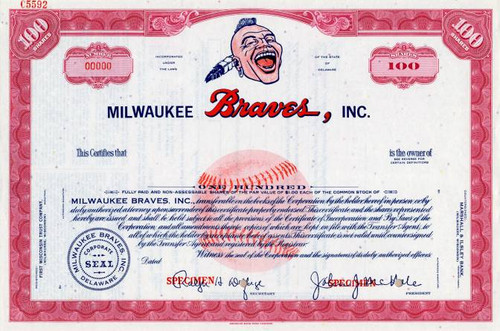 Beautifully engraved RARE Specimen certificate from Milwaukee Braves, Inc. This historic document was printed by the American Banknote Company and has an ornate border around it with a vignette of the head of a Native American shouting. This item has the printed signatures of the Company's President, John J. McHale, and Secretary. . 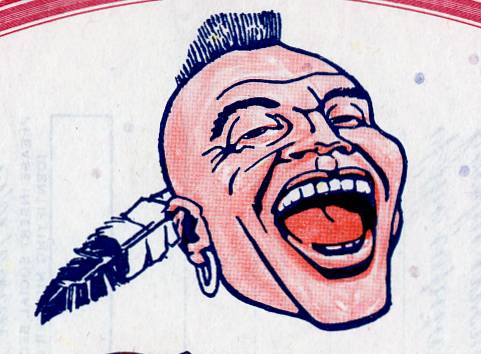 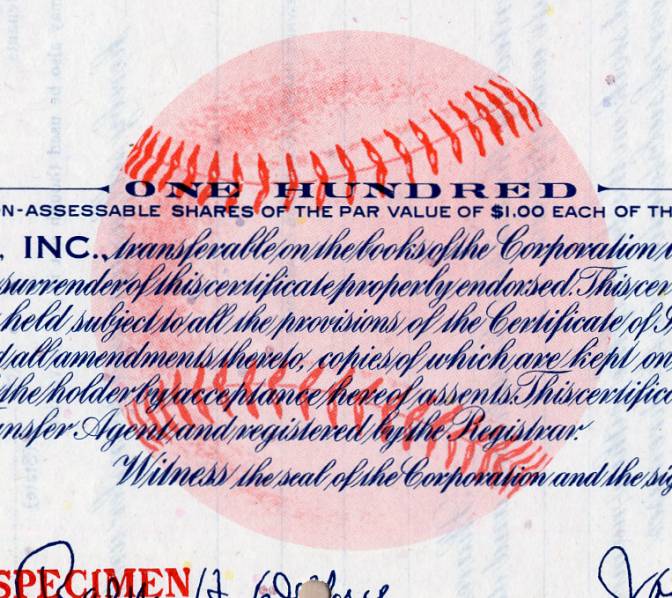