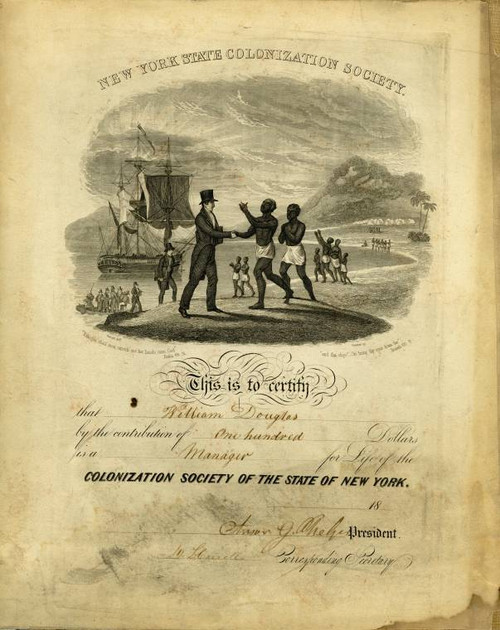 RARE Colonization Society of the State of New-York membership certificate issued to William Douglas. This item has a vignette of African Americans on the beach praising a white man in a top hap with a ship in the background. This item has been hand signed by Anson Green Phelps as President and Daniel Lynn Carroll as Executive Secretary. Professionally mounted to canvas, long ago, to preserve the fragile paper of the document. Undated but issued no later than 1839 based on the William Douglas' death. Some soiling. 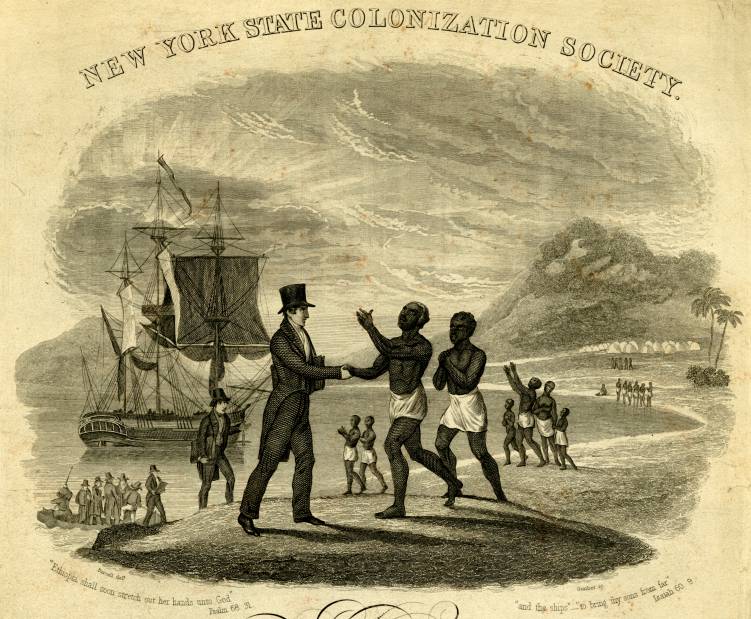