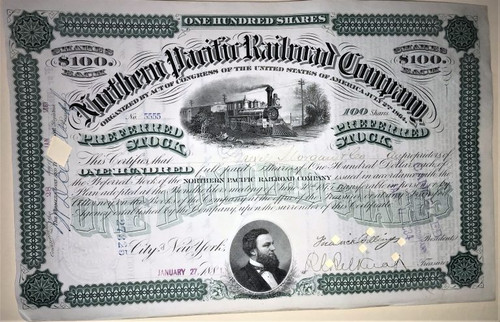 Beautifully engraved certificate from the Northern Pacific Railroad Company signed by J.P.Morgan issued in 1881. This historic document was printed by the National Banknote Company and has an ornate border around it with a vignette of a train traveling in the countryside next to a telegraph line. This item is hand signed by the Company's President, Fredrick Billings and Treasurer and is over 138 years old. The certificate was issued to Drexel Morgan & Co. and signed on the verso by J.P. Morgan on behalf of the company. 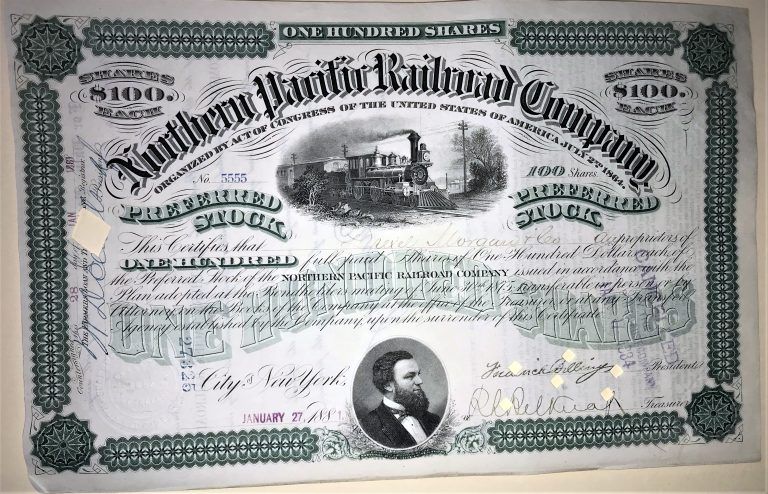 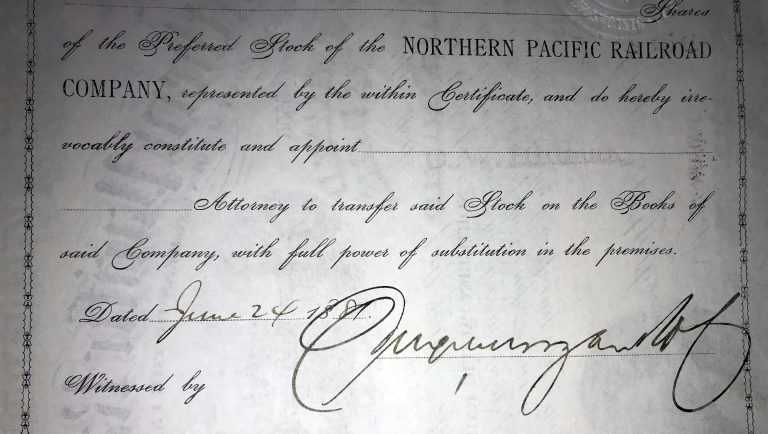 J. P. Morgan Signature on Back 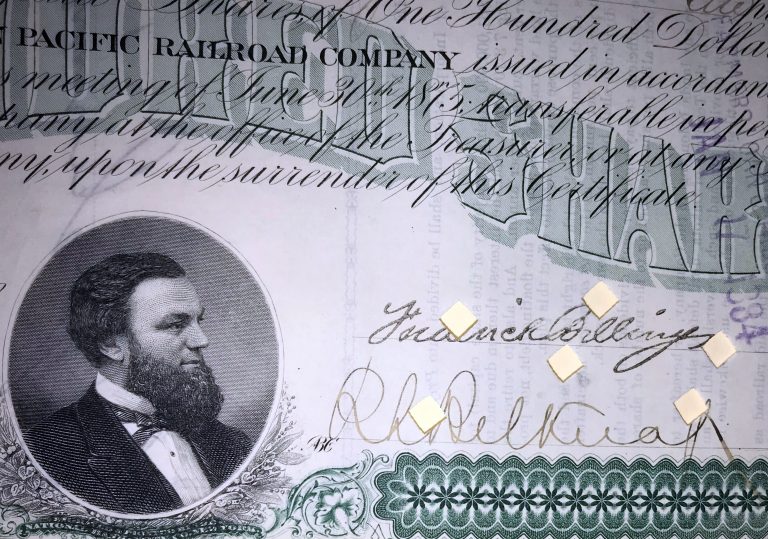