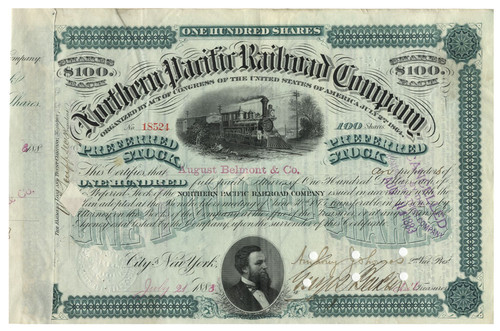 August Belmont Signature
AUGUST BELMONT (1816 - 1890). Financier; Diplomat. At the age of fourteen, Belmont began working at the office of the Rothschilds in Frankfurt, Germany. His skill for finance won him numerous promotions within the company until in 1837, during the financial panic, he formed his own company in New York with his only tangible asset being that of his agency in the U.S. for the Rothschilds. Within a few years, Belmont was one of the leading bankers in the nation.