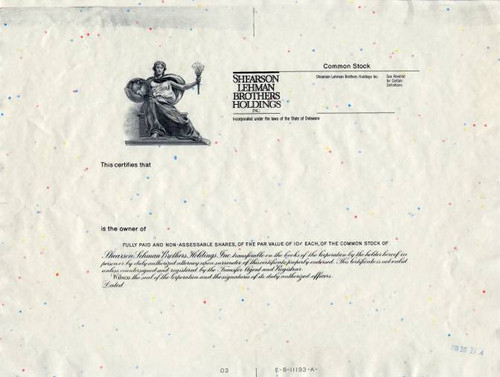 Beautifully engraved RARE Specimen Proof certificate from Shearson Lehman Brothers Holdings Inc printed around 1987. This historic document was printed by the Security Columbian Banknote Company and has a vignette of an allegorical woman holding a torch and globe. 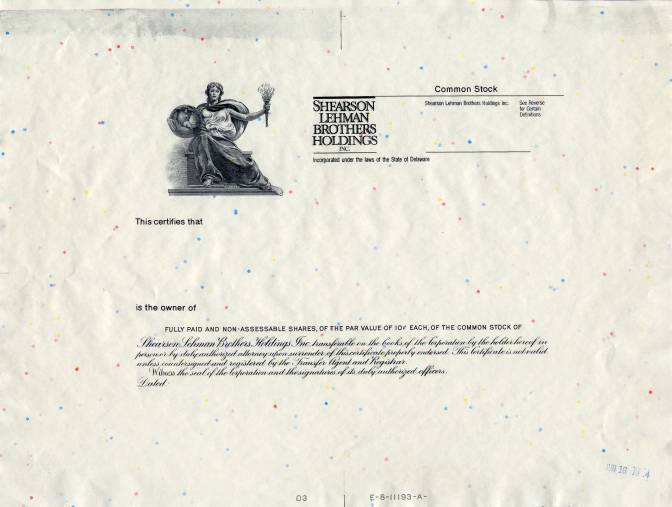