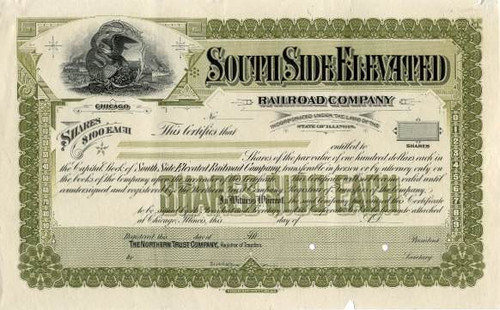 Beautifully engraved RARE SPECIMEN certificate from the South Side Elevated Railroad Company printed in the 1890's. This historic document was printed by Western Bank Note Company and has an ornate border around it with a vignette of eagle with a Union Shield with a waterway onthe right and farm and train on the left. This is the first time we have seen this certificate and it may be unique. 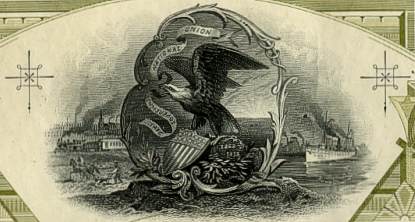