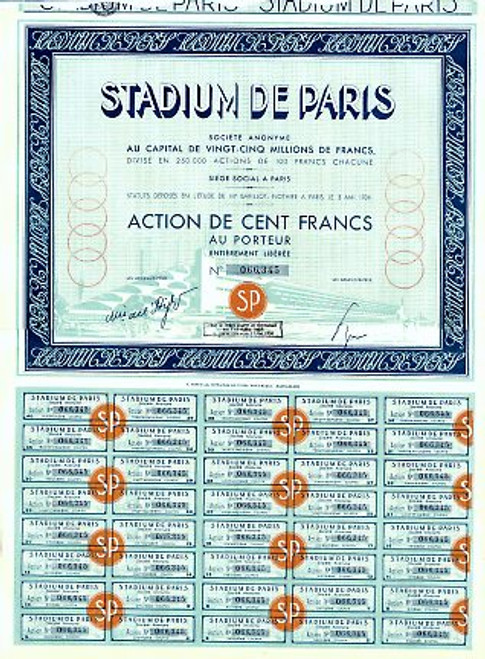 STADIUM DE PARIS SHARE CERTIFICATE with forty dividend coupons still attached. This beautiful certificate is dated in 1934 which makes it 68 years old. These historic pre-numbered certificates were issued for ten francs. This certificate has an ornate dark blue border around them with an illustration of a proposed modern (for the times) Olympic Stadium and show Olympic Rings going down both sides vertically. Evidently, the French were bidding for the 1940 Olympics. The 1940 Olympics were awarded to Helsinki, Finland. Due to WWII, the 1940 Olympics were never held and this Stadium was never built. This item is Printed in blue, black and gold with an anti-fraud cut at the top and a watermark in the paper.