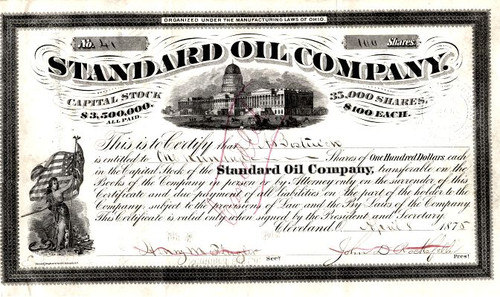 Beautiful early stock certificate (low serial #41) from the Standard Oil Company issued in 1875. This historic document was printed by Maverick, Stephan & Co. and has an ornate border around it with two vignettes of the capitol and Lady Liberty holding a sword and an American flag. This item has been hand signed by the Company's President, John D. Rockefeller, and Secretary, Henry M. Flagler, and is over 137 years old. the certificate was issued to Jabez Abel Bostwick and signed by him on the left ledger and on the back. Pen cancelled. This was signed "John D. Rockefeller" and "J. D. Rockefeller" as was done later in his career. The Standard Oil Company certificates are much rarer than the Standard Oil Trust certificate. This is an extraordinary piece that doesn't come around often. 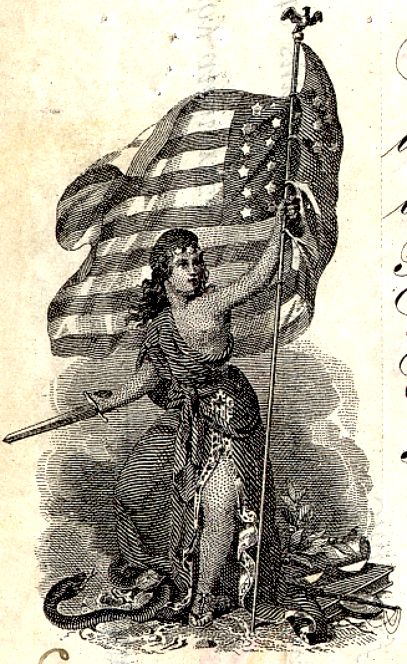 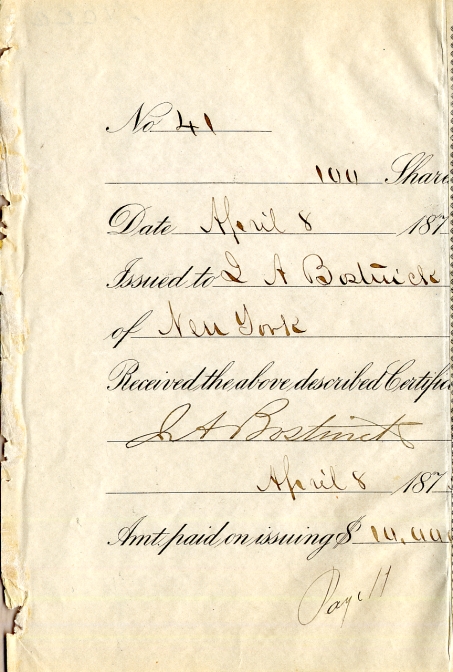 Back of the certificate 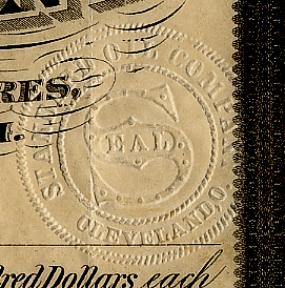