Beautifully engraved stock certificate from the famous Standard Oil Trust issued in 1882. This historic document was printed by the Franklin Banknote Company and has an ornate border around it with a vignette of the Capitol with horse driven carriages in front. This item is hand signed by John. D. Rockefeller, Henry M. Flagler, and Jabez Abel Bostwick. This certificate was issued to William G. Warden for 500 Shares. The left ledger section is also signed by John. D. Rockefeller and William G. Warden. This item is over 140 years old. The signatures on this certificate are nice and bold. Pressed and pen cancelled. William G. Warden and his partners owned the Atlantic Refining Co. before it merged into the Standard Oil Trust. 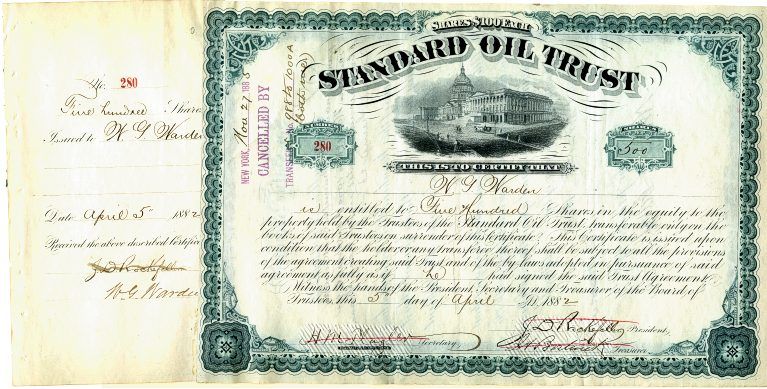 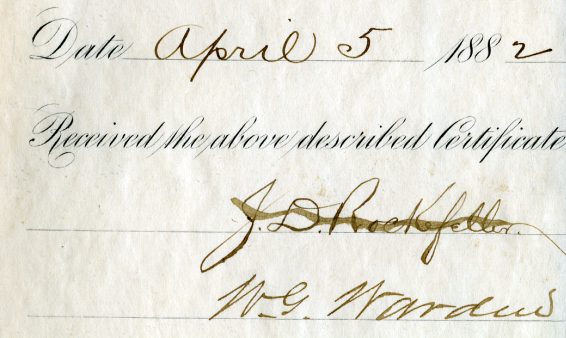