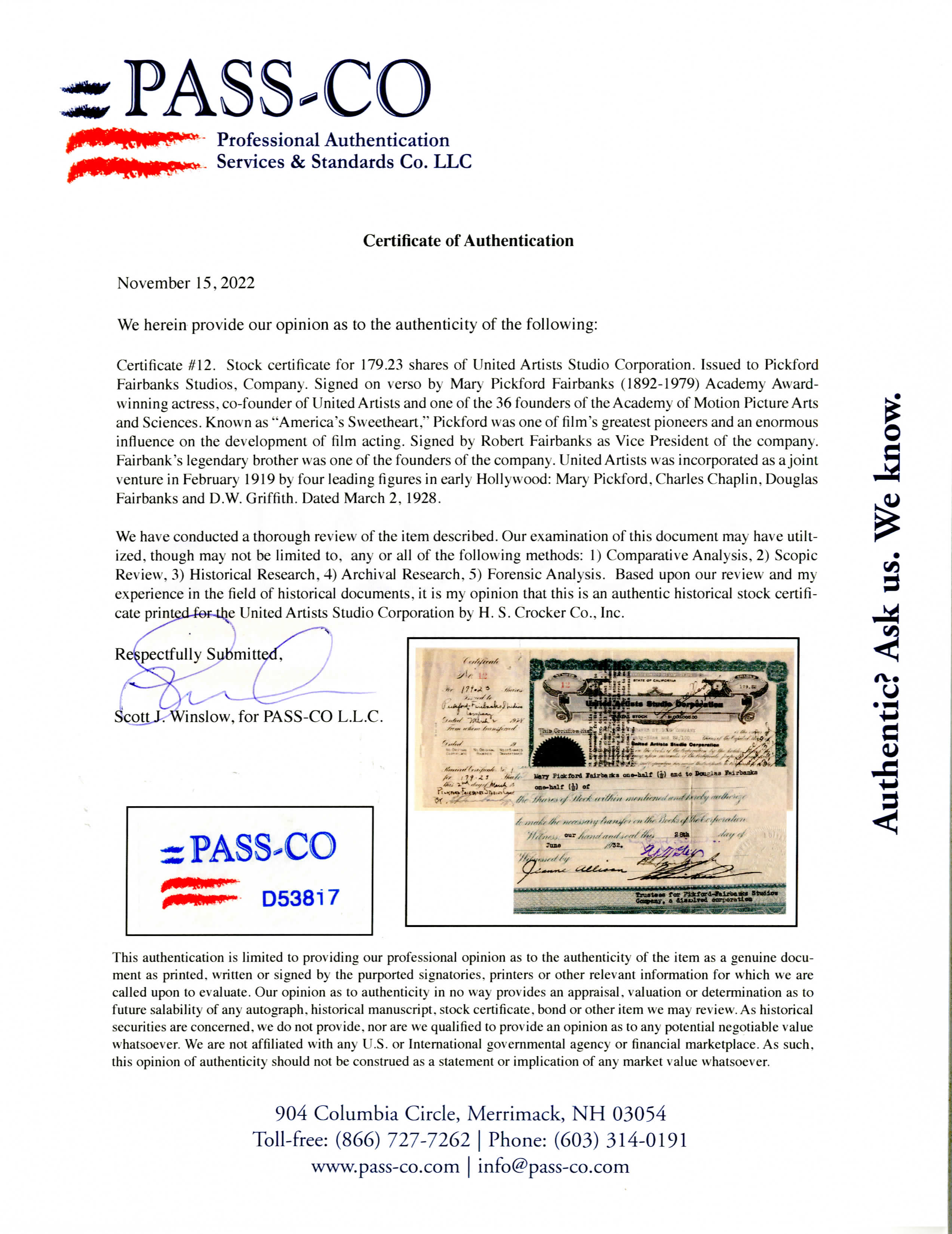 Certificate #12.  RARE Stock certificate for 179.23 shares of United Artists Studio Corporation. Issued to Pickford Fairbanks Studios, Company. Signed on verso by Mary Pickford Fairbanks (1892-1979) Academy Award-winning actress, co-founder of United Artists and one of the 36 founders of the Academy of Motion Picture Arts and Sciences. Known as “America’s Sweetheart,” Pickford was one of film’s greatest pioneers and an enormous influence on the development of film acting. Signed by Robert Fairbanks as Vice President of the company. Fairbank’s legendary brother was one of the founders of the company. United Artists was incorporated as a joint venture in February 1919 by four leading figures in early Hollywood: Mary Pickford, Charles Chaplin, Douglas Fairbanks and D.W. Griffith. Dated March 2, 1928.