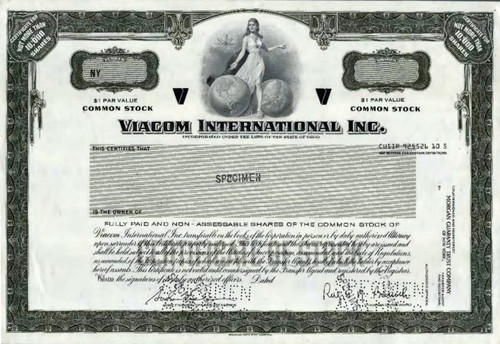 Beautifully engraved specimen stock certificate from Viacom International Inc. printed around 1977. This historic document was printed by the American Banknote Company and has an ornate border around it with a vignette of a woman with two globes on either side. This item has the signatures of the Company's President, Ralph Baruch and Treasurer. This is the first time we have had this certificate for sale. 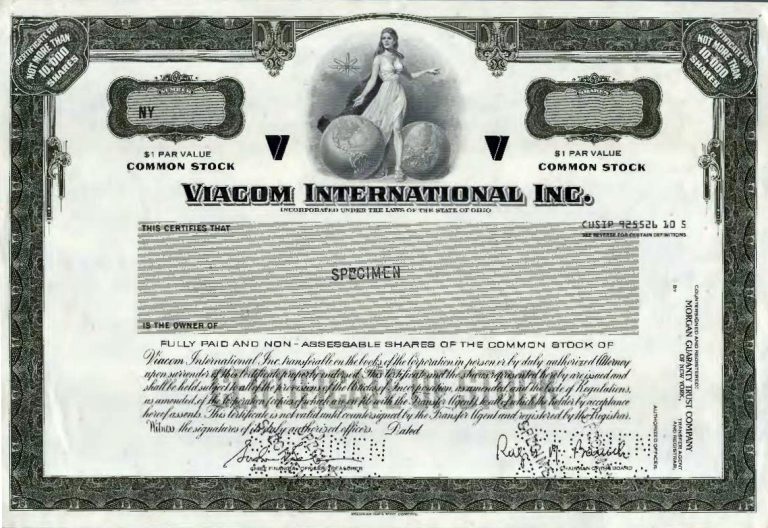