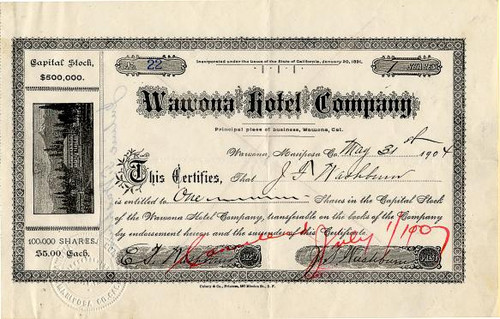 Beautiful RARE certificate from the Wawona Hotel Company issued in 1904. This historic document was printed by Cabery & Company and has an ornate border around it with a vignette of the Wawaona Hotel with Half Dome Mountain in the background. This item has the signatures of the Company's President, John S. Washburn and Secretary, Edward P. Washburn and is over 105 years old. The certificate was issued to J. F. Washburn and endorsed on the back by Juline F. Washburn. This is the only certificate from this famous hotel that we have seen and believe it to be quite rare. 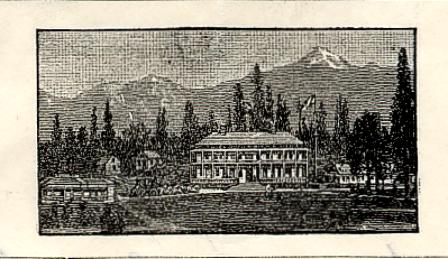