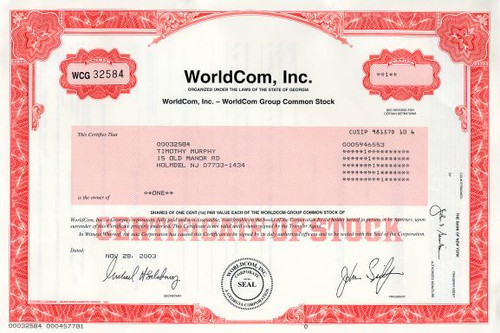 "Boy, did I get the Wrong Number" Package - Worldcom, Global Crossing and XO Communications