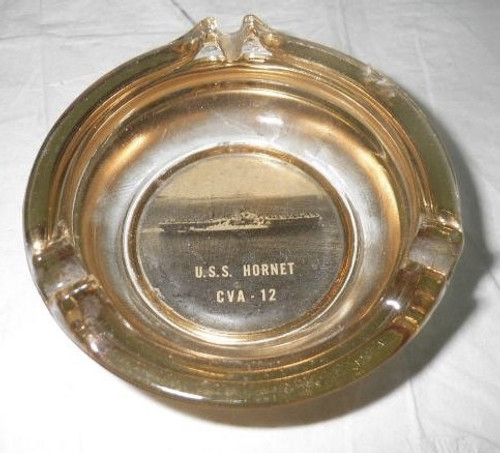 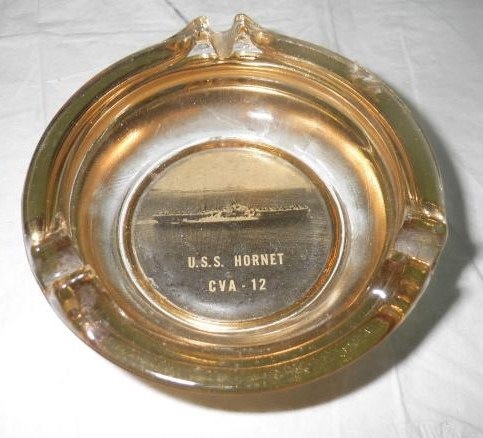 USS Hornet (CV/CVA/CVS-12) is a United States Navy aircraft carrier of the Essex class. Construction started in August 1942; she was originally named USS Kearsarge, but was renamed in honor of the USS Hornet (CV-8), which was lost in October 1942, becoming the eighth ship to bear the name. Hornet was commissioned in November 1943, and after three months of training joined the U.S. forces in the Pacific War. She played a major part in the Pacific battles of World War II, and also took part in Operation Magic Carpet, returning troops back to the U.S. Following World War II, she served in the Korean War, Vietnam War, and also played a part in the Apollo program, recovering astronauts as they returned from the Moon. Hornet was finally decommissioned in 1970. She was eventually designated a National Historic Landmark, and in 1998 she opened to the public as the USS Hornet Museum in Alameda, California. History from Encyberpedia and OldCompany.com (old stock certificate research service)