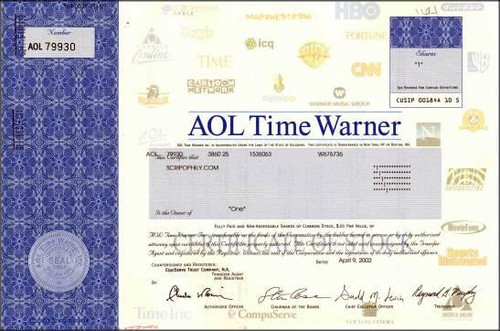 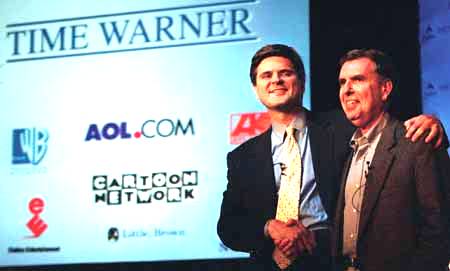 This historic certificate has the printed signatures of the Company's Authorized Officers including Steve Case as Chairman of the Board and Gerald Levin as Chief Executive Officer. AOL Time Warner was the world's largest media and Internet company. On October 16, 2003 Time Warner Inc. announced that it will operate under its new corporate name which was its old corporate name priot to the AOL merger fiasco. The ticker symbol for the company's common stock also will change to "TWX" with this morning's opening of the New York Stock Exchange. Time Warner's Chairman and Chief Executive Officer Dick Parsons said: "The Time Warner name more accurately represents the portfolio of our valuable businesses, all of which are making important contributions to the overall company." In conjunction with its name change, Time Warner also will have a new corporate logo. In addition, the company's Web site URL will change to http://www.timewarner.com. About Time Warner Inc. Time Warner is the world's leading media and entertainment company, whose businesses include filmed entertainment, interactive services, television networks, cable systems, publishing and music.