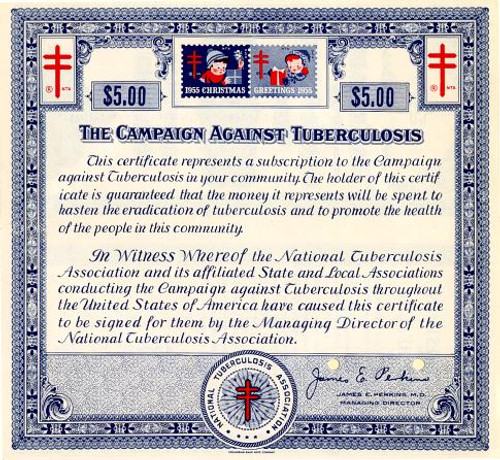 Beautiful specimen certificate from the Campaign Against Tuberculosis printed in 1955. This historic document was printed by Columbian Bank Note Company and has an ornate border around it with a vignette of Tuberulosis Christmas postage stamps. This item has the printed signature of the Company's Managing Director and is over 52 years old. 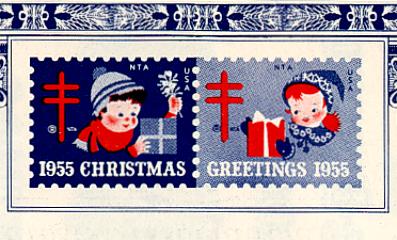