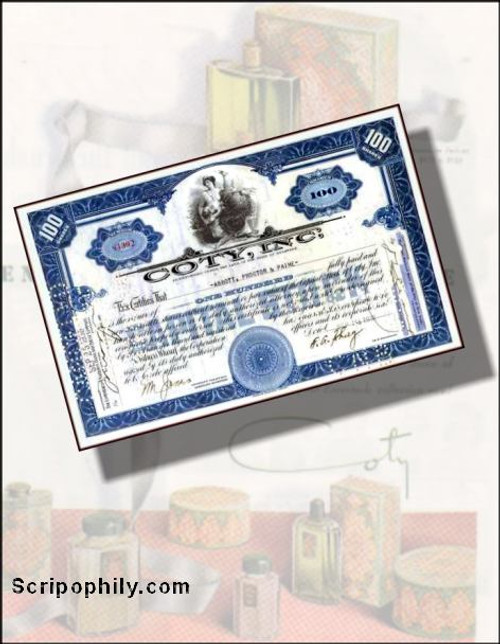 Beautiful engraved Stock Certificate from the famous Coty Company issued in the 1930's for shares of Capital Stock. This cancelled certificate has an ornate border with a vignette of an allegorical woman with a baby on her side. This certificate has been hand signed and is over 66 years old.