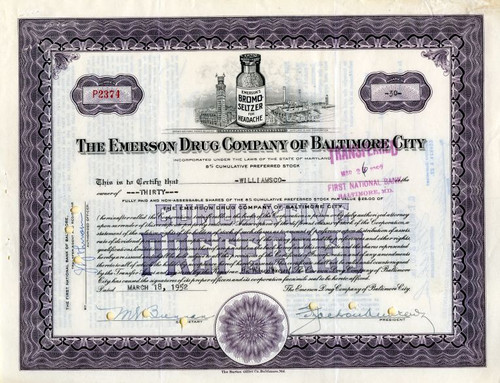 Beautifully engraved SCARCE certificate from the Emerson Drug Company of Baltimore issued in the early 1950's. This historic document was printed by the Barton Gillet Company and has an ornate border around it with a vignette of an Emerson's Bromo Seltzer Tower Building with the Maryland Glass Corporation and other landmarks in the background. This is the view you see in the Baltimore Orioles Baseball Stadium at Camden Yards. This item is hand signed by the Company's President and Secretary and is over 60 years old. 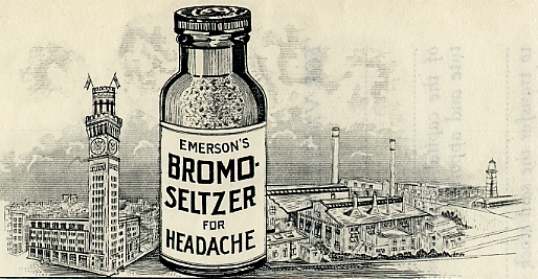