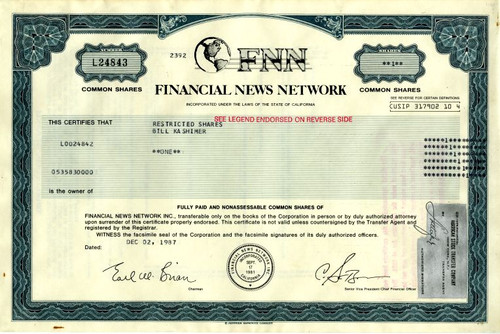 Beautifully engraved certificate from the Financial News Network issued in 1987. This historic document was printed by the Jeffries Banknote Company and has an ornate border around it with a vignette of the company logo. This item has the printed signatures of the Company's Senior Vice President ( C. Steven Bolen ) and Chairman ( Earl W. Brian ) and is over 33 years old. This is only the second time we have seen this company's stock certificate for sale.