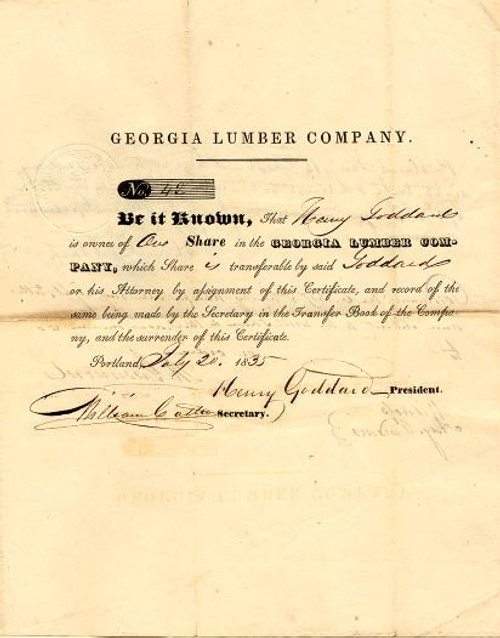 Beautiful certificate from the Georgia Lumber Company issued in 1835. This item has the signatures of the Company's President, Henry Goddard and Secretary, William Cutter and is over 172 years old. Certificate has embossed corporate seal.