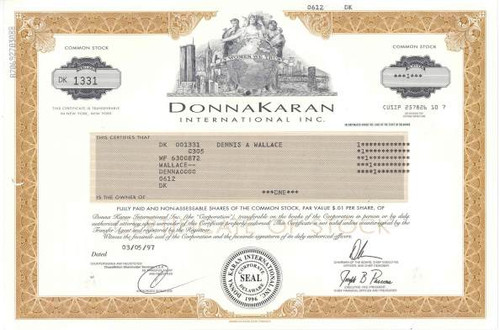 Beautifully engraved certificate from the Donna Karan International, Incorporated issued in 1997. This historic document was printed by the American Banknote Company and has an ornate border around it with a vignette of three women standing with a globe posing in front of New York City with the World Trade Center on the left and the words "In Women We Trust". This item has the printed signatures of the Company's Chairman of the Board, CEO, and Chief Designer as well as the Executive Vice President, Chief Financial Officer, and Treasurer and is over 6 years old. 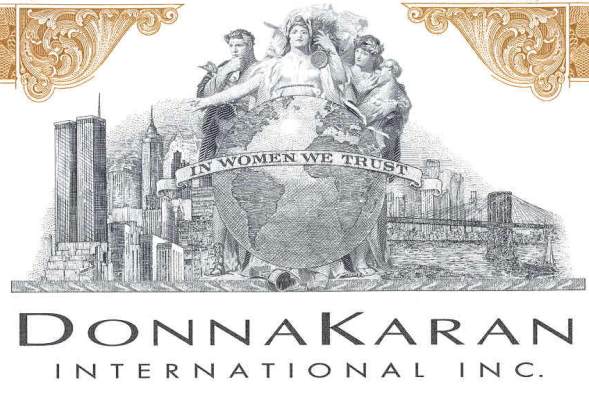