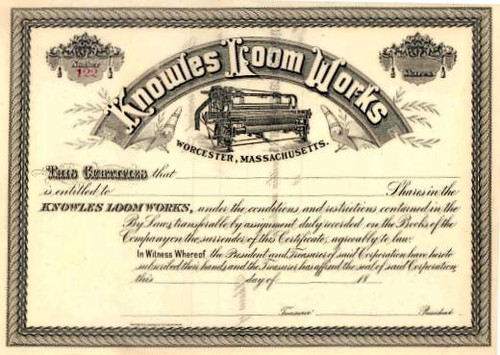 Beautifully engraved unissued certificate from the Knowles Loom Works dated 18XX. This historic document has an ornate border around it with a vignette of an early loom machine. The certificate was printed by Sanford and Company in 1884 and is over 119 years old. 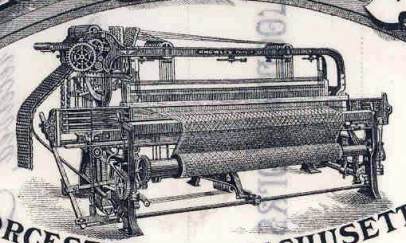 Certificate Vignette
Francis Bangs Knowles was born in Hardwick, Massachusetts on November 29, 1823. In 1845, he began manufacturing gloves in New York and sold them to the Union Army during the years 1861-62. After the Civil War, he joined his brother who was engaged in the making of looms and steam pumps in Warren and later in Worcester, Massachusetts. In 1884, the Knowles Loom Works was incorporated with Francis B. Knowles as president.