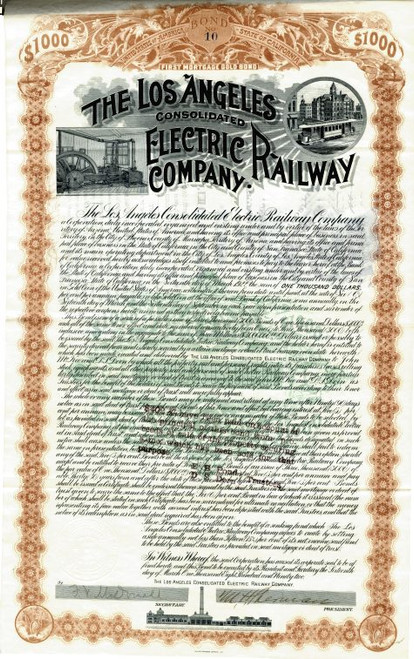 Beautiful certificate from the Los Angeles Consolidated Electric Railway Company issued in 1892. This historic document was printed by the H. S. Crocker Company and has an ornate border around it with a vignette of the operating machinery and a railway car. This item has the signatures of the Company's President, General Moses H. Sherman and Secretary. 53 coupon attached on top. The scan is dark on top due to folding back coupons to scan but is normal color in person. The bond is in excellent condition.