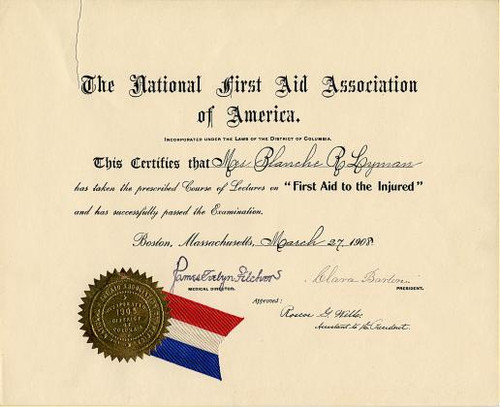 Beautiful certificate from the National First Aid Association of America issued in 1908. This item has the signatures of the Association's President, Clara Barton and Medical Director and is over 107 years old. Clara Barton was the founder of the Amercian Red Cross. The item has a crease on the upper left side not touching any print or signatures. Item was mounted with small residue on back not affecting the front. This historic document would look terrific framed. 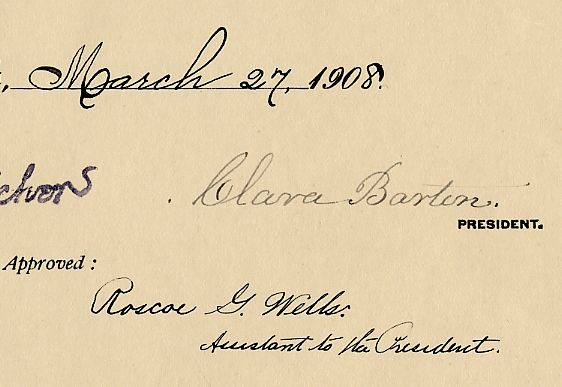 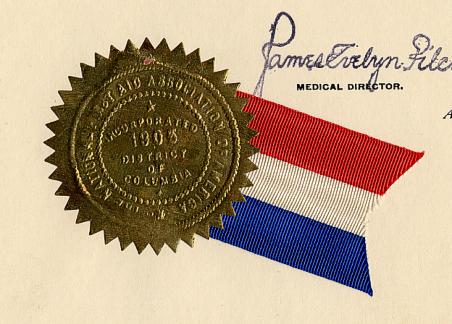