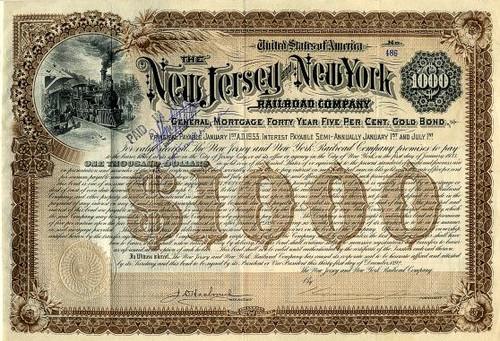 Beautiful certificate from the New Jersey and New York Railroad Company dated in 1892. This historic document was printed by Franklin Bank Note Company and has an ornate border around it with a vignette of a steam locomotive. This item has the signatures of the Company's President and Secretary and is over 125 years old. 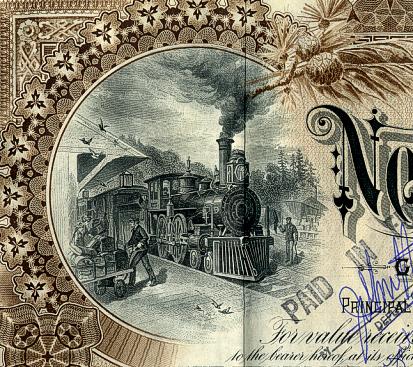 Certificate Vignette
The New York Tunnel Extension was formed on June 26, 1907 as a consolidation of the Pennsylvania, New Jersey and New York Railroad and the Pennsylvania, New York and Long Island Railroad, which were the New Jersey and New York parts, respectively. The PNJ&NY was incorporated February 13, 1902, and the PNY&LI was incorporated April 21, 1902. The New Jersey side was opened on November 27, 1910, though it hadn't been completed yet. The Long Island side was opened several weeks earlier. It was always operated by the PRR.