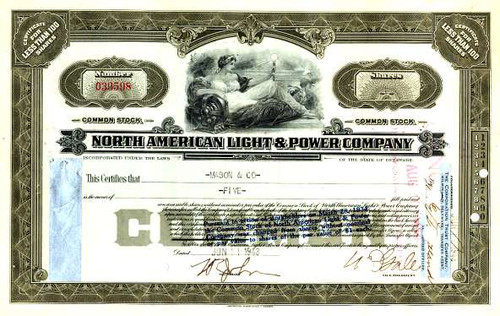 Beautifully engraved Stock certificate from the North American Light and Power Company dated 1944. The certificate has a ornate red border with an vignette of an allegorical woman in the center next to a power generator holding a light bulb. This certificate is hand signed by the company's officers and is over 59 years old. 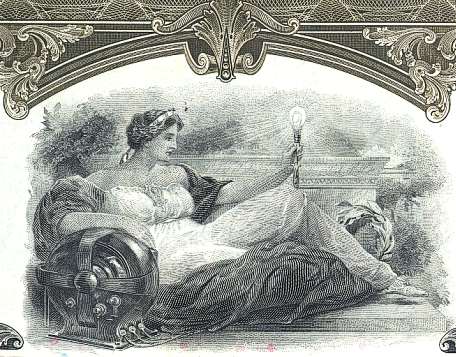