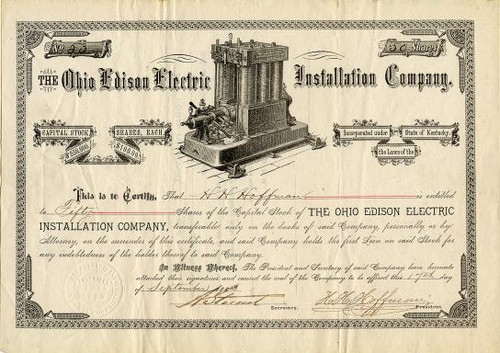 Beautiful certificate from the Ohio Edison Electric Installation Company issued in 1883. This historic document has an ornate border around it with a vignette of an electrical generating apparatus with a name plate that reads "Edison Machine Works, New York USA H. No.19". Issued to H.H. Hoffman, the president. This item has the signatures of the Company's President, H.H. Hoffman and Secretary, A. Stuart and is over 124 years old. 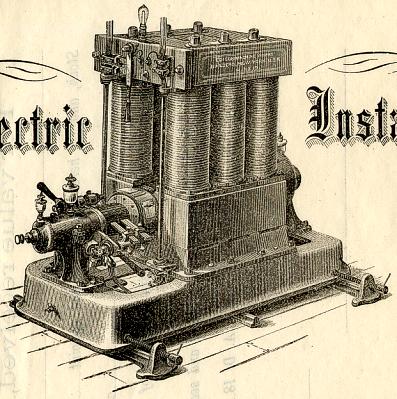