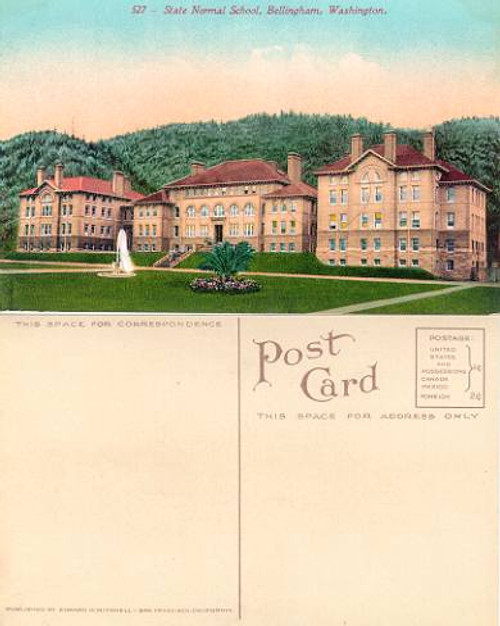 Beautifully printed postcard designed and published by Edward H. Mitchell, San Francisco, California around 1915. This beautiful postcard has an image of the State Normal School and is over 85 years old. On February 24, 1893, Governor John H. McGraw signed legislation which created New Whatcom Normal School. Since the first class of 88 students entered in 1899, the school has grown into a comprehensive university of 11,655 full- and part-time students, making it the third largest institution of higher education in the state. The Normal School became Western Washington College of Education in 1937, was renamed Western Washington State College in 1961, and achieved university status in 1977. In 1993, Western held its 100-Year Founder's Celebration.

Postcard with a General view of Bellingham, Washington 1915