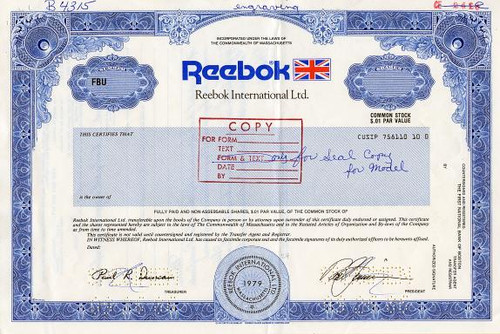 Beautiful engraved specimen working proofs from the Reebok International Ltd. This historic document was printed by United States Bank Note Company and has an ornate border around it with a vignette of the Reebok logo. This item has the printed signatures of the Company's President and Secretary. 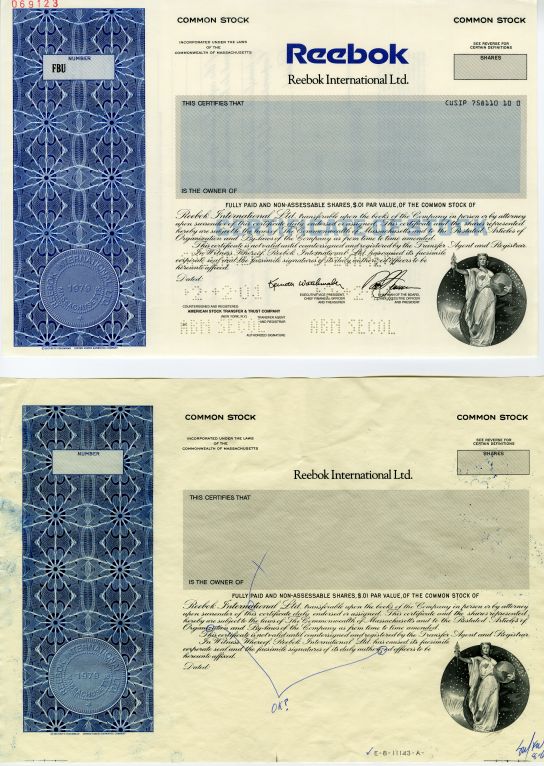