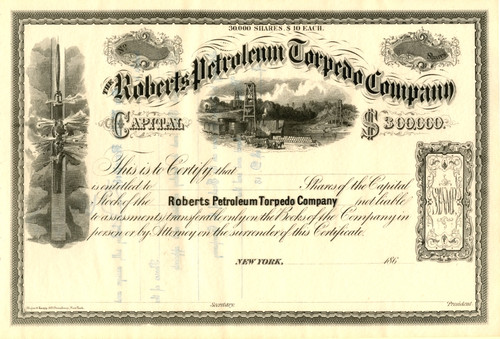 Unissued stock certificate from the Roberts Petroleum Torpedo Company printed in 1865. This historic document has an ornate border around it with vignettes of an oil filed and the torpedo exploding. This item iis over 149 years old. 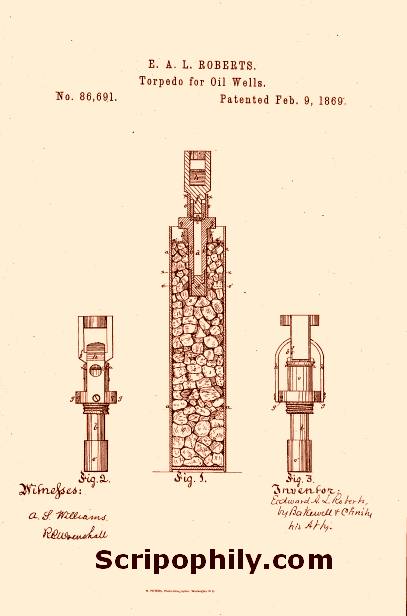