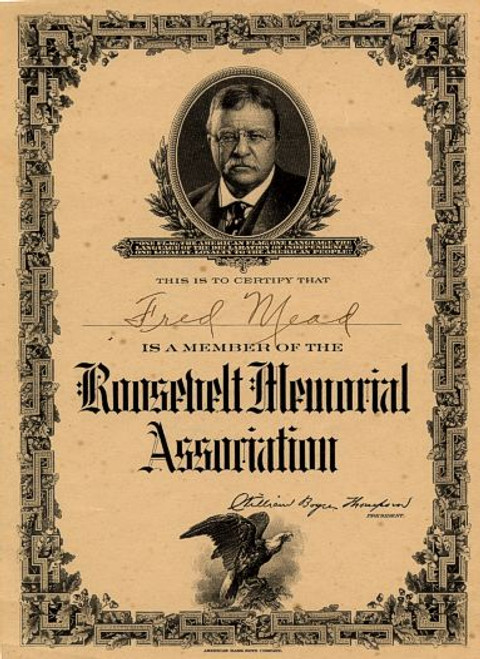 Beautifully engraved certificate from the Roosevelt Memorial Association. This historic document has an ornate border around it with vignettes of an eagle with its wings spread and Theodore Roosevelt. This item has the printed signature of the association's president, William Boyce Thompson and is over 70 years old. 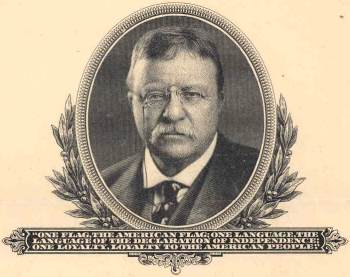 Certificate Vignette
Theodore Roosevelt was a man with vision. He considered the future before making decisions and his legacies still influence us. Perhaps his greatest legacy was in conservation. This wooded island is a fitting memorial to the outdoorsman, naturalist, and visionary who was our 26th President. After Roosevelt's death on January 6, 1919, citizens wanted to establish a memorial in his honor. The 91 acre wooded island in the Potomac seemed the perfect place. The Theodore Roosevelt Memorial Association purchased the island in 1932. Congress approved funds in 1960 and the memorial was dedicated on October 27, 1967. Eric Gugler designed the memorial. Paul Manship designed the statue.