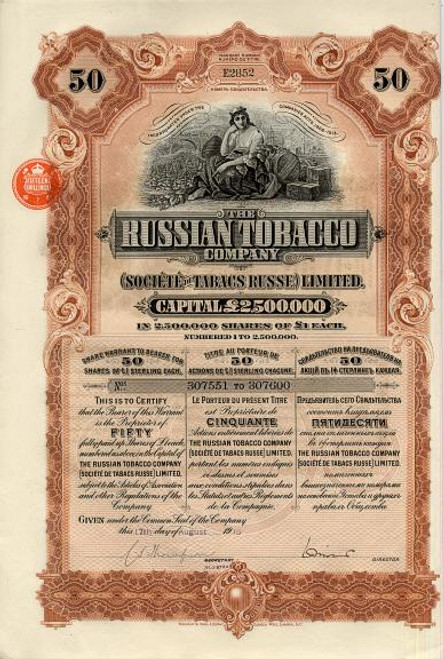 Beautiful uncancelled certificate from the Russian Tobacco Company issued in 1915. This historic document was printed by Waterlow & Sons and has an ornate border around it with a vignette of an allegorical woman. This item has the signatures of the Company's Director and Registrar and is over 92 years old. The certificate is written in French, English and Russian. 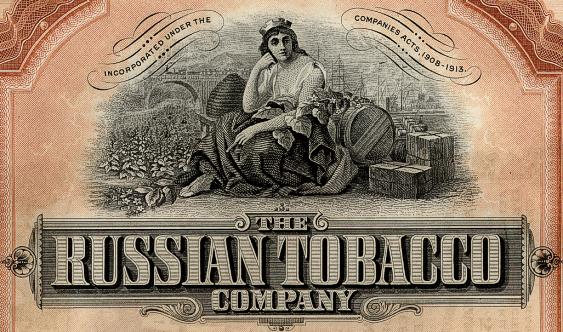