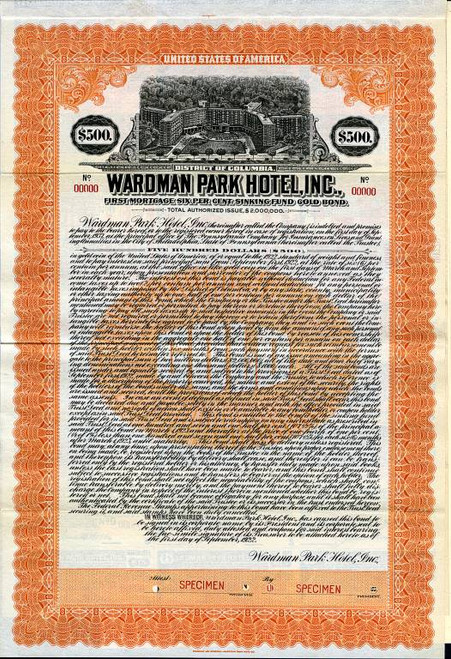 Beautifully engraved $500 Gold Bond certificate from the Wardman Park Hotel, Inc. - dated 1922. This historic document was printed by the Franklin Lee -American Banknote Company and has an ornate border around it with a vignette of the hotel. 30 coupons attached on top. 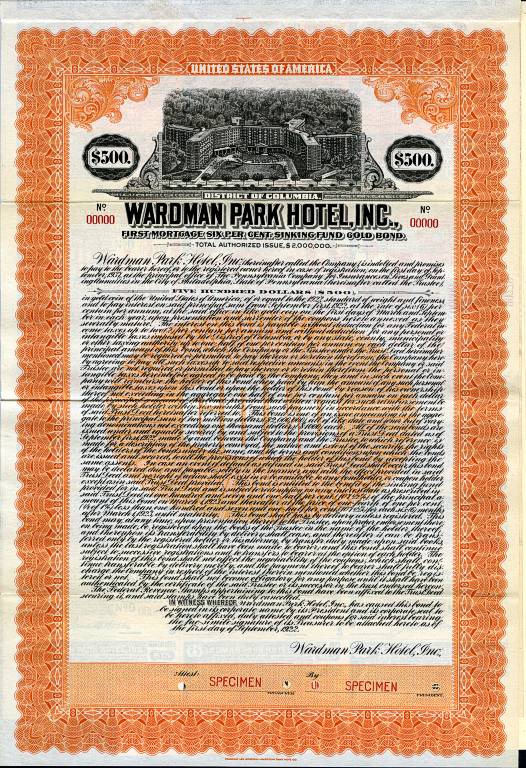