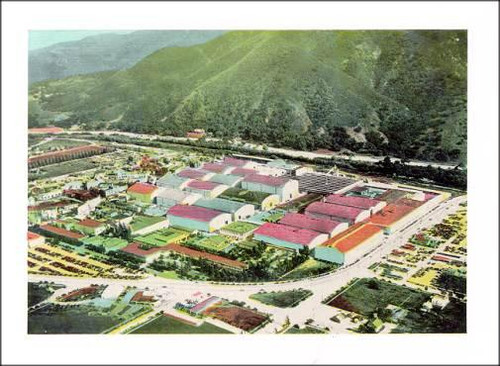 Beautifully printed jumbo postcard designed and published by National Color Press, San Francisco, California in the late 1940's. This classic postcard has an early image of Warner Brothers Studio and is over 52 years old. 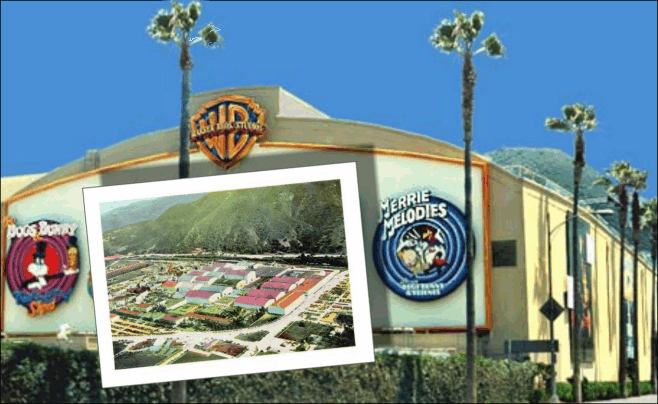 Warner Brothers, one of Hollywood's most famous studios, was founded in 1923 by four actual brothers: Jack, Sam, Harry & Albert Warner. The siblings never seemed to get along with each other, but Warner Bros Studios managed to produce some of the most memorable movies in the history of Hollywood, including the world's first "talkie" with Al Jolson, "The Jazz Singer" (1927), "The Adventures Robin Hood" (1938), "Casablanca" (1942), "Yankee Doodle Dandy" (1942), "Cool Hand Luke" (1967), "Deliverance" (1972), "The Exorcist" (1973), "Chariots of Fire" (1981), "Body Heat" (1981), and the current string of "Batman" films. The first Warner Bros studio (where they made "The Jazz Singer") was located in Hollywood, on Sunset Boulevard, in what is now KTLA Television studios. In 1928, with the success of that famous Al Jolson talkie, Warners moved to this 110-acre Burbank lot, in the east San Fernando Valley, and it has been their home now for 70 years.