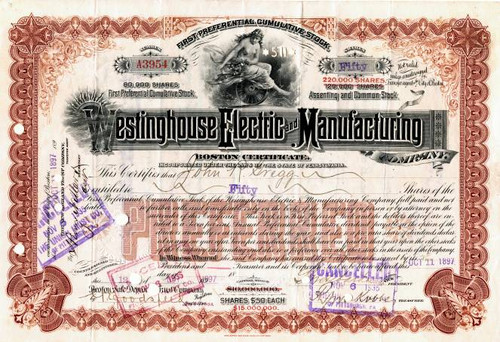 Beautifully engraved early certificate from the Westinghouse Electric and Manufacturing Company issued in 1905. This historic document was printed by the Homer Lee Banknote Company and has an ornate border around it with a vignette of an allegorical bare breasted maiden holding flowers while floating over a train wheel with sparks flying and clouds in the background. This item is hand signed by the company's officers and is over 113 years old.