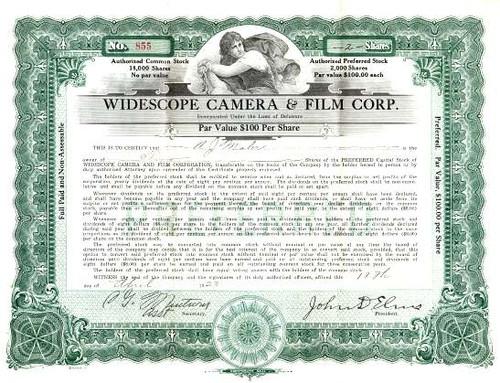 Beautiful certificate from the Widescope Camera & Film Corp. issued in 1923. This historic document has an ornate border around it with a vignette of a woman leaning on her knee and looking off to the side. This item is hand signed by the Company's President ( John D. Elms ) and Assistant Secretary and is over 97 years old. The Widescope / Widevision process was developed by both George W. Bingham and John D. Elms and was shown commercially at the Cameo Theater in New York City beginning on November 9, 1926 under the title Natural Vision Pictures. The Widescope / Widevision process used 70mm photography with optically halved images for twin 35mm side-by-side projection. This is the first time we have seen this certificate for sale. 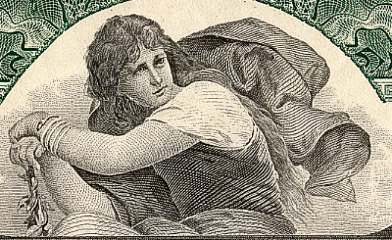 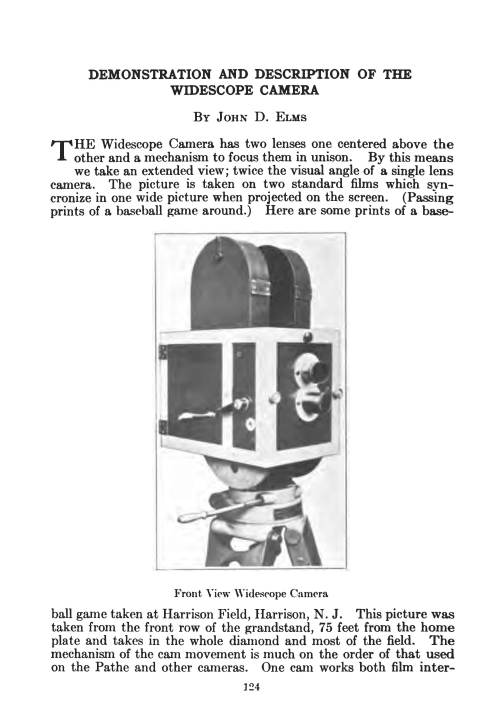 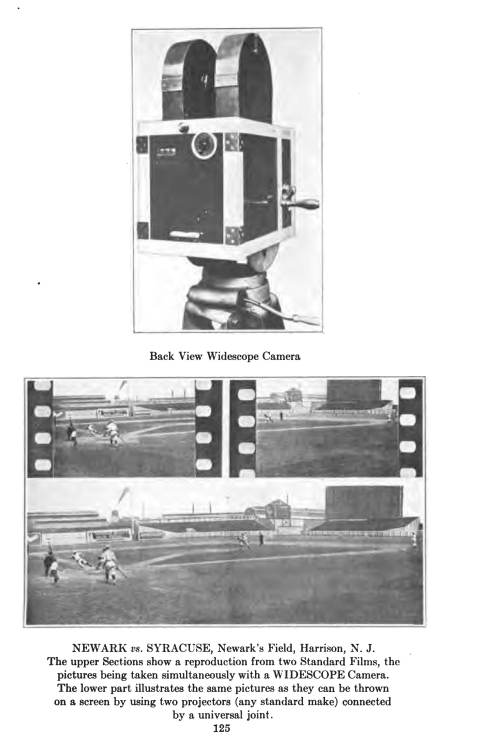